A study, which I conducted during my undergraduate years titled “Patient and provider delays in breast cancer patients attending a tertiary care centre: a prospective study” was published in the Journal of Royal Society of Medicine. This study was conducted in a government hospital at New Delhi, where majority of the patients were from the rural background. Patient delays are a well known fact and more so in breast cancer due to the apprehension shared by many Indian ladies regarding the examination of their breasts. It was not surprising to see that there was an average delay of around 70-75 days was observed in these patients, after the onset of symptoms till the time of the first consultation.

These points clearly highlight why the incidence of locally advanced breast cancer in India is so high!! This along with the aggressive biology of our tumors (high incidence of triple negative tumors), spells doom for most of the patients.

What are the steps which can be taken to avoid these delays in diagnosis?

I know it is easier said than done but with these measures we can certainly cut down the delays in the management of Breast Cancer in India. 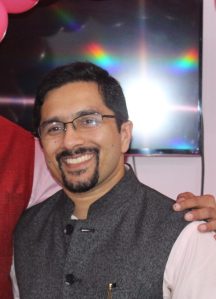