Home » About the Author

Dr. Rohan Khandelwal is a Breast Cancer Surgeon and a passionate teacher. He is currently the Principal Consultant at CK Birla Hospital, Gurgaon.

Dr. Rohan Khandelwal did his MBBS and MS (Surgery) from the prestigious Vardhman Mahavir Medical College and Safdarjang Hospital, New Delhi. Post his senior residency, he finished his first fellowship training in Breast Surgery from Narayana Hrudayalaya Hospital, Bangalore. Following his fellowship, he completed his MRCS (Edinburgh) exam and joined an advanced fellowship at University of Maryland, Baltimore.

After returning to India, he has spent more than 6 years at hospitals like Max Healthcare and W Pratiksha Hospital before heading the department of Breast Cancer Surgery at CK Birla Hospital, Gurgaon

His areas of interest include

At the Breast unit, Dr. Rohan Khandelwal deals with both cancerous and non cancerous breast disorders. His centre at Ck Birla Hospital, is one of the busiest breast cancer surgery units in the city.

Dr. Rohan Khandelwal has more than 20 scientific publications to his credit and takes active part in national and international Breast cancer conferences. He is also a passionate Surgery teacher and he reaches out to more than 50,000 doctors every year through app’s like Marrow and his surgery classes.

In this blog, you will also see wild-life and bird pictures clicked by Dr. Rohan Khandelwal 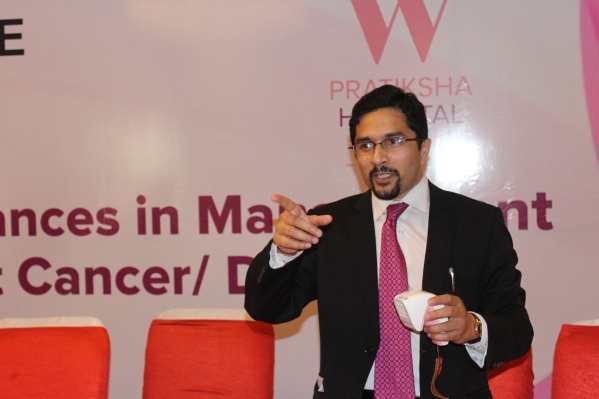